Value for money does not equal lowest cost 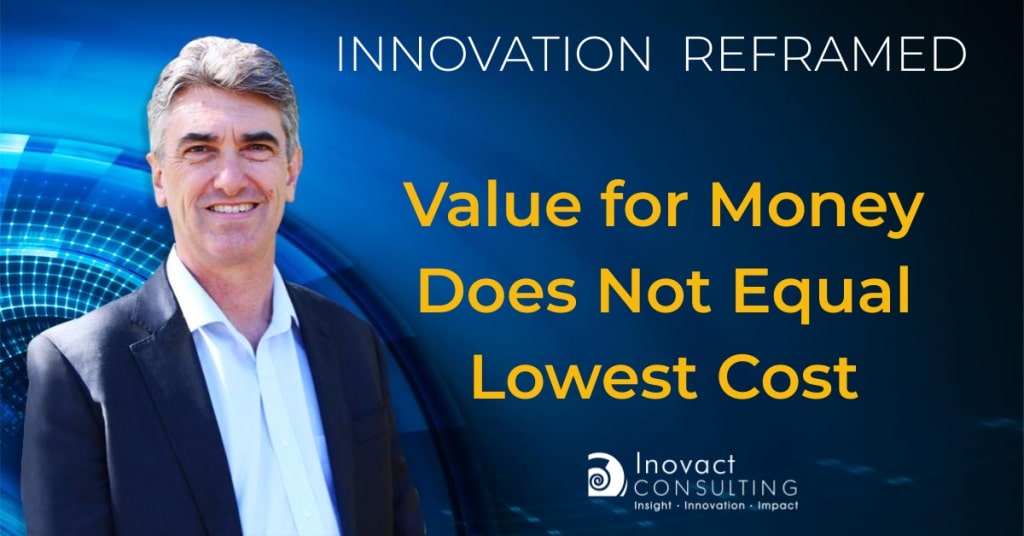 Old school thinking – by self and others – is a source of friction that slows, redirects or derails the best change initiatives. It emerges in many forms and often framed as a home truth. For example, take the concept of ‘value for money’ with services.

Old thinking is cost plus – placing a mark-up on the unit cost of providing a service. Then, buyers compare quoted daily rates, select the lowest cost and – voila! We have value for money.

The natural extension of this commodity mentality is to go shopping for the cheapest brain surgeon. When it is a high stake, high risk situation requiring expert skill then price takes a back seat to value.

If an organisation or individual is able to achieve a high value outcome more quickly or reliably than others it makes cost-plus thinking irrelevant.

A great example was the late American firefighting innovator Red Adair, who specialised in putting out dangerous oil well fires around the world. At the end of the 1991 Persian Gulf war his team put out 119 fires set in some 600 of Kuwait’s oil wells by Iraq’s retreating army.

It was expected to take a year to extinguish them all, but Mr Adair finished in six months and reportedly charged Kuwaitis four times his normal fee. It was exceptional value.

Every successful industry change process I’ve been associated with has placed ‘value for businesses’ front and centre. If there is a strong value proposition, then businesses will invest and/or participate.

For an industry services organisation, the goal is not to offer the cheapest membership, generate the most reports and media releases, or have the most committees.

It is to create demand for your services – to become the only choice for solving the big common problems that firms have and don’t want; or to achieve outcomes that firms want and can’t achieve on their own.  Now that’s value for money.