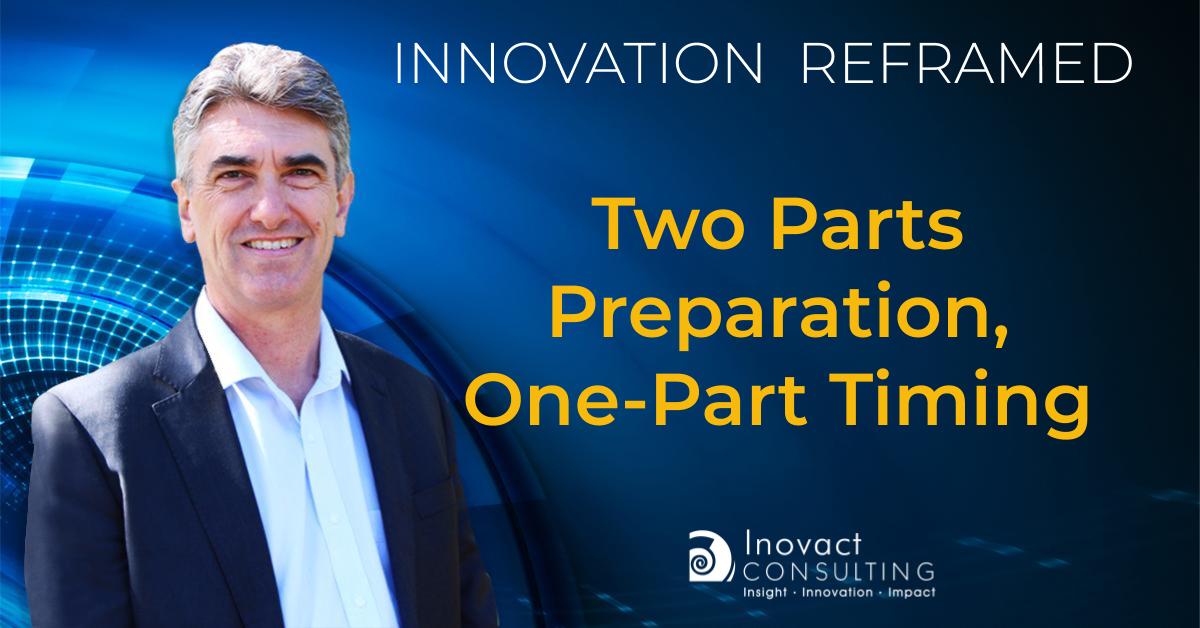 Successes or failures with strategy and innovation are influenced by timing, although its importance is often played down for successes and emphasised with failures. Sometimes everything aligns and new products or reforms flourish and other times they fizzle.

It’s a reminder that most factors are outside the control of individuals, businesses and institutions. It does not mean that success is just about luck.

We constantly hear of entrepreneurs who start a business and succeed spectacularly in a short timeframe. Chinese entrepreneur Colin Huang was recently reported as being worth USD20Billion in less than four years!

For the majority of us mere mortals, these stories are inspirational about what is possible, but they are outliers that sit at the extreme end of the normal curve.

Conversely, great ideas for innovation and transformative reforms don’t always get taken seriously. In the 1990s, American lawyer Joseph Overton explained how there is a ‘window’ for politicians who want to be re-elected and they can’t have viewpoints that are seen as too extreme. They need to stay within the margins of what’s currently perceived as ‘acceptable’ by the masses or they risk being branded as ‘unrealistic’.

Overton’s concept is relevant to business leaders envisaging transformative change to their organisation or industry institutions. If the idea is perceived as extreme (e.g. membership without paying money; developing industry policy via the crowd instead of committees), it will likely be rejected.

Leaders must bring people along on the journey and stretch their thinking.

It also means being strategic and anticipating opportunities created by constant shifts in the operating environment. For example, during a downturn people become more open to a compelling case for transformative change.

Timing is important and all power to those who succeed quickly. However, more often it takes years of preparation to become an overnight success.