Running With The Herd 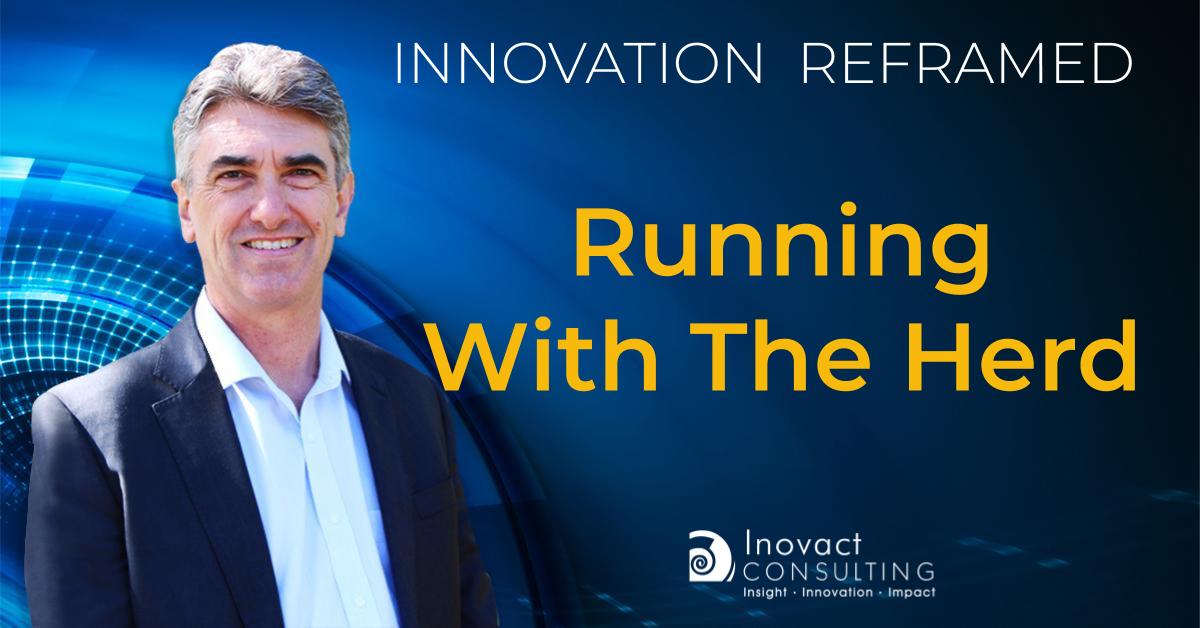 People love to associate with successful innovators. Just look at the hype around agtech and fintech events. The intriguing thing is that they are people who took risks or stood up for transformative change for their organisation or industry. Sound cool? Actually, it takes a lot of courage.

Firstly, doing anything new means you can expect failures, setbacks and criticism. It takes a resilient mindset and high self-esteem. Edison’s remark that he didn’t fail, but found 10,000 ways that won’t work embodies the innovator mindset.

The alternative is to be cautious, don’t offer new ideas and especially not radical ones that challenge conventional beliefs or practices. By complying with traditional thinking, it means you can blend in with the herd, making it harder to be singled out for attack.

Secondly, even when your new idea, service or product is backed by evidence, innovators face an immense hurdle in overcoming what the mainstream deeply believes to be true. Immutable evidence that most industry businesses are not involved in a traditional industry service organisation does not mean it will innovate.

I love the story of how Australian doctor Barry Marshall and colleague Robin Warren found in 1982 that stomach ulcers were not caused by stress and too much stomach acid, but by a bacterium that was readily cured with an antibiotic. It was radical stuff and totally counter to conventional medical wisdom – journals wouldn’t publish their work! Their tenacity eventually prevailed over the sceptics when 23 years later they were recognised with a Nobel Prize in 2005.

Not all new ideas are so grand.

Everyday behaviours such as asking a contrarian question in a meeting or supporting someone who does, or making space to discuss and learn why an initiative has failed are practical steps that help to catalyse innovation.

There is an opportunity cost in waiting. How many people may have lived healthier and longer lives if Barry Marshall’s ideas were applied earlier? How much more business value would be created if industry service organisations innovated faster?

We tend to run with the herd, yet look up to those who stand out from the crowd.