It’s Leadership Mindset Not a Crisis That Accelerates Innovation 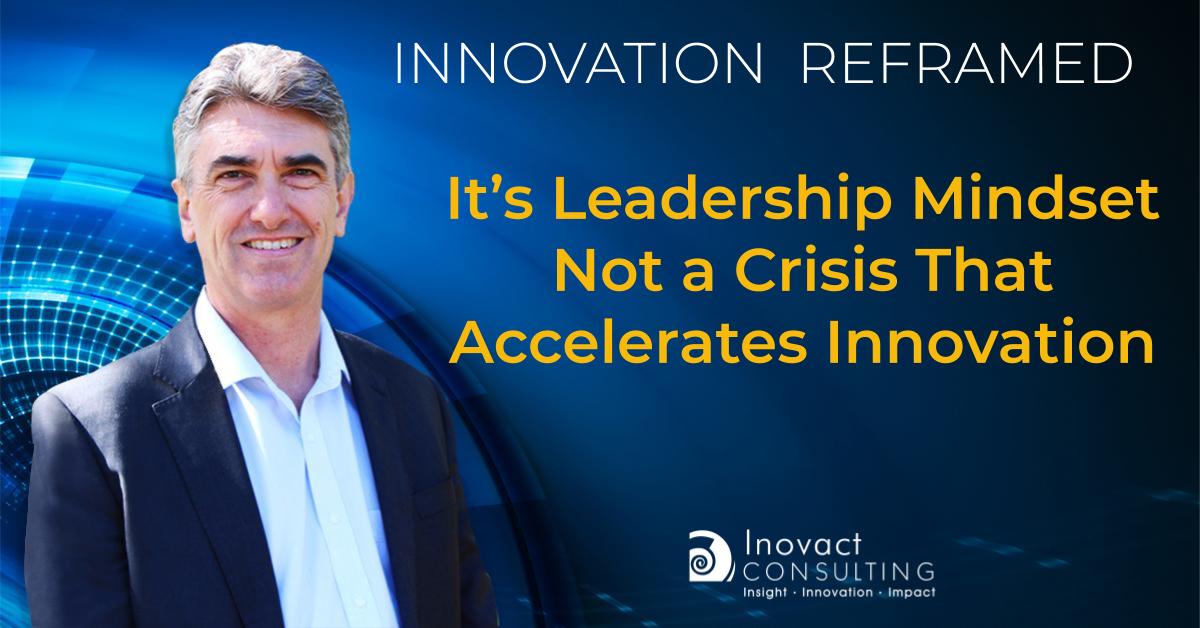 Perhaps one of the legacies of the pandemic will be the realisation by more leaders of just how much influence they can choose to exert for accelerating change and innovation. Suddenly, we’re seeing things that couldn’t be done before happening at pace.

Increased speed of innovation is not simply due to the crisis. It is the change in mindset by leaders that really makes the difference.

A media report last week described how chief executives of 10 leading Australian companies took part in a roundtable in a knowledge sharing exercise.

One CEO said that before the crisis his team had prepared a business plan for a digital transformation project that involved five to six months work at a cost of $5-6 million.

The project was completed in the past month, in the space of 10 days and at a cost of about $1 million.

The implication is that when leaders make innovation a priority, what was impossible before can happen faster and cost less.

There is so much written about the need for agility, but there is a lot less visible action. It makes you wonder about the barriers that are really causing leaders to hesitate in making innovation a priority.

One insight is that moving faster requires a greater tolerance of risk. How often does your board or management team discuss risk appetite when setting bold objectives?

Other barriers are the hierarchies and proliferation of bureaucracy that amass over time – they are like anti-matter to innovation. How many committees, reports, approvals, amendments are involved before ‘signing-off’ on new thinking and ideas?

Successful leadership traits in a crisis include defining a clear problem that needs to be solved, an air of impatience and metrics that place results for the majority ahead of appeasing every group.

They narrow their focus and value speed and results.

Perhaps that is the real challenge – to make such traits the new normal for 21st Century leaders and organisations.