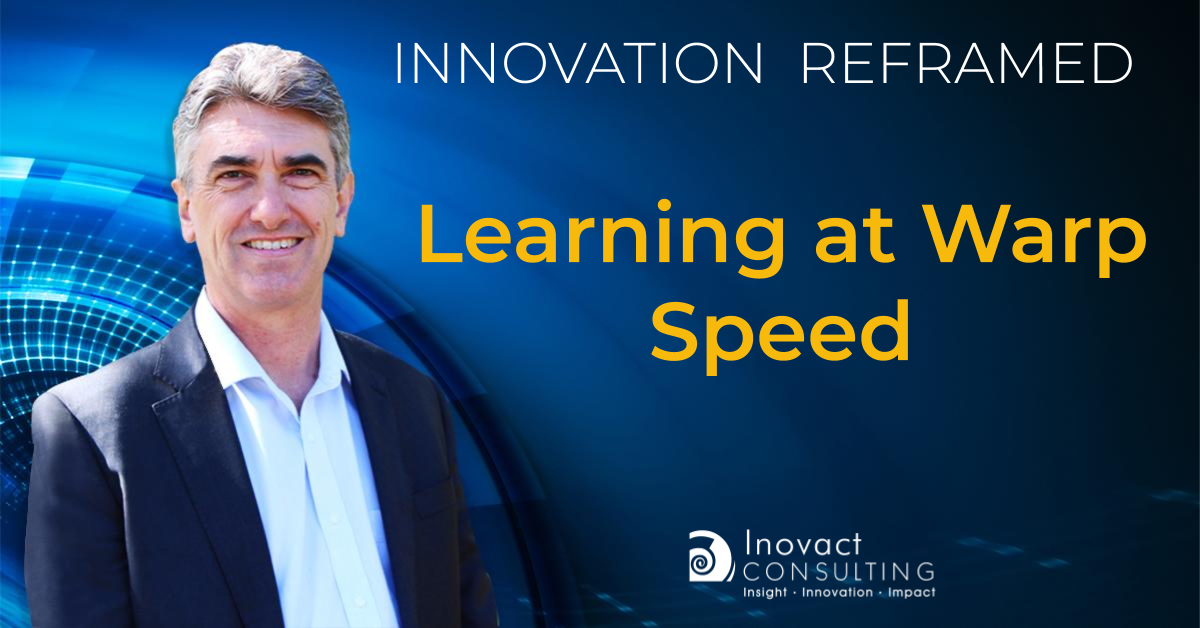 There quickly comes a point when mulling over uncertainties is an unproductive behaviour. The real challenge is to figure out how your organisation will go about learning faster.

The first step involves a shift in leadership mindset away from dissecting problems and towards how you will rapidly discover and apply workable solutions.

How will you hard wire what you’re learning?

The significance of this idea is most compelling when you think of the military, which operates in the highest stakes’ arena of all, where a failure to learn fast can be fatal – literally.

The story of John Boyd, a United States Air Force fighter pilot in the Korean war who went on to become an instructor at the US Airforce Fighter Weapons School is a good illustration.

Boyd’s belief was that whoever can handle the quickest rate of change is the one who survives. His methodology is known as the OODA (observe, orient, decide, and act) loop. The insight is that success depends on a disciplined approach to moving quickly through each step and ‘looping’ again and again.

According to his biographer, Boyd was dubbed “Forty Second Boyd” for his standing bet as an instructor pilot that beginning from a position of disadvantage, he could defeat any opposing pilot in air combat manoeuvring in less than 40 seconds.

His theories became highly influential in the military, sports and business and remind us that there is a structured process for learning and acting faster. The steps are pretty much the same whether applied using the OODA loop, design thinking or innovation processes.

Those organisations that can learn (and unlearn) faster during periods of great uncertainty and risk will be best-positioned to survive and thrive.

Start pruning distractions today, so you can see the new patterns emerging. Observing and re-orienting faster are much under-rated behaviours for survival in every arena.