Most Popular with Innovation Reframed Readers 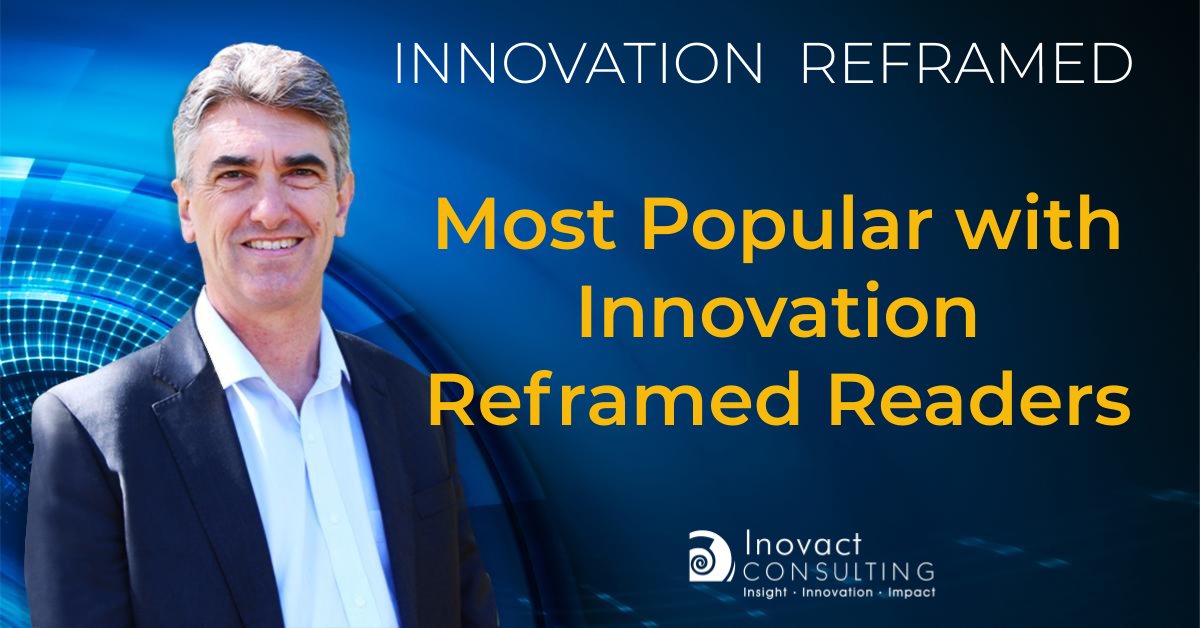 It’s our first birthday for Innovation Reframed today! What started as an idea for a few articles to follow an opinion piece has turned into a regular part of the week for me and for a burgeoning list of change leaders, managers and innovators.

Over the past year it has resonated with readers, who had three stand-out favourites:

– Gotcha: the corrosive critics of change leaders (October 2019). Leaders always have enemies and critics – it comes with the turf. Leaders change the order of things and so, inevitably, there are winners and losers. However, there are always people who choose the role of the persistent cynic, criticising leaders at every turn. More

– The power and influence of splinter-groups (September 2019). It’s easy to start an industry service organisation. In fact, a common pattern is for businesses to become dissatisfied with the performance of their industry organisation, so they exit and create a new one. A diversity of views is healthy, but sometimes the behaviours become toxic. More

– What won’t Change (February 2020). Times of disruption and uncertainty can be paralysing for leaders, organisations and industries. Speculation about possible futures grows, indecision creeps in and there is hesitancy about which actions to take and where to allocate most resources. More

These articles have a theme of people striving to excel, while dealing with constant criticism and risk from within and outside. They put visibility on real issues that are more common than many realise.

When we pause, you realise just how much energy it takes to succeed against resistance to change, risk aversion, toxic critics, vested interests and dumb ideas.

I am often asked about where I get the ideas every week. I get them from speaking with people like you and by watching the innovators around the world every day, as we all take risks and strive to navigate this new era of rapid change.

I’m excited that in the year ahead, there will be changes to Innovation Reframed in response to readers – watch this space. If you have ideas or subjects you would like covered, let me know!

I appreciate your continued interest, support and sharing of Innovation Reframed with your networks.