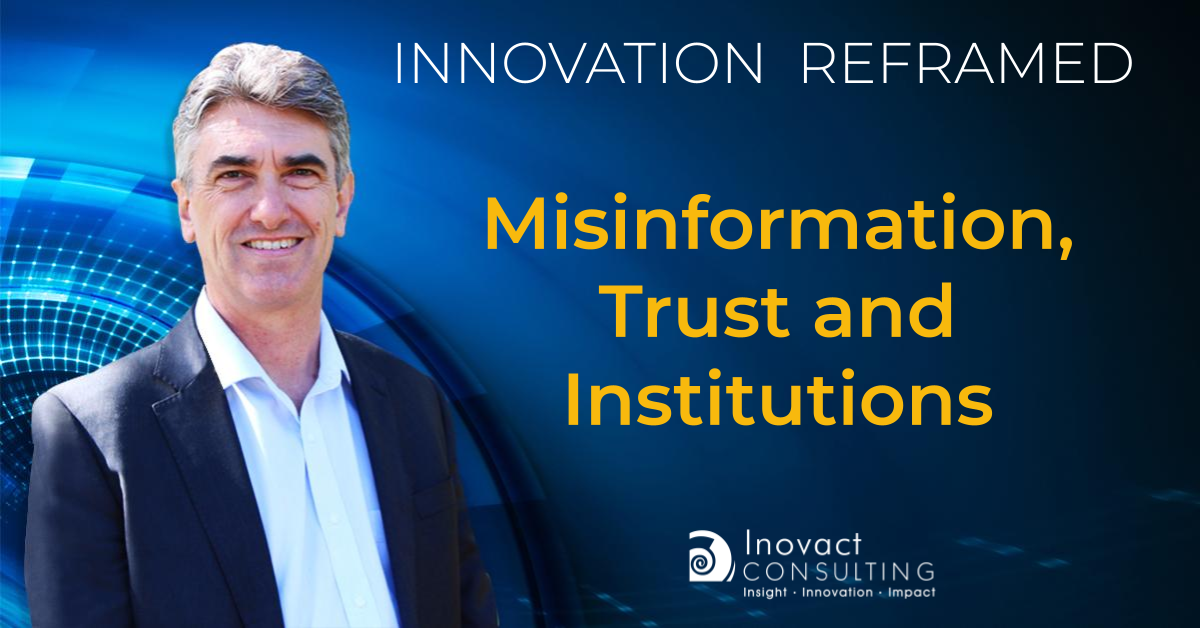 A simple strategy for personal, organisational and national success is to look at what’s working well and do more of that. It’s better than the alternative of dwelling on complexity and problems.

One thing the pandemic has done is put more global visibility on the performance of institutions. What it revealed, is that only one institution has emerged in reasonable shape – business.

The latest Edelman Trust Barometer captured the views of 33,000 respondents to their annual online survey of people in 28 countries. It has some simple messages.

Firstly, it confirms what we already know: that there is an epidemic of misinformation and widespread mistrust of societal institutions and leaders around the world. The U.S. and Chinese governments are deeply distrusted by respondents from the 26 other markets surveyed, and both countries had big falls in trust by their own citizens.

Interestingly, the greatest increase in trust across the 28 countries (up 12 percent) was with Australia.

Secondly, it found that business is not only the most trusted institution among the four studied (the others are government, NGOs and the media), but it is also the only institution seen by most people as both ethical and competent.

Thirdly, there is a clear opportunity for business to fill the void left by government.

Business is gaining trust with society due to the quality of information it offers in areas such as health, sustainability, economic prosperity and long-term thinking. A massive 86 percent of people surveyed expect CEOs to publicly speak out about societal challenges.

The promoters of complexity, problems and misinformation have had a lot to say in recent years. Unsurprisingly, people are now turning more towards those they trust.

The positive influence of high performing businesses and business institutions is on the upswing. Engaged employees, customers, clients, members and communities will provide the accelerant.