How Secrecy and Silence Enable Critics 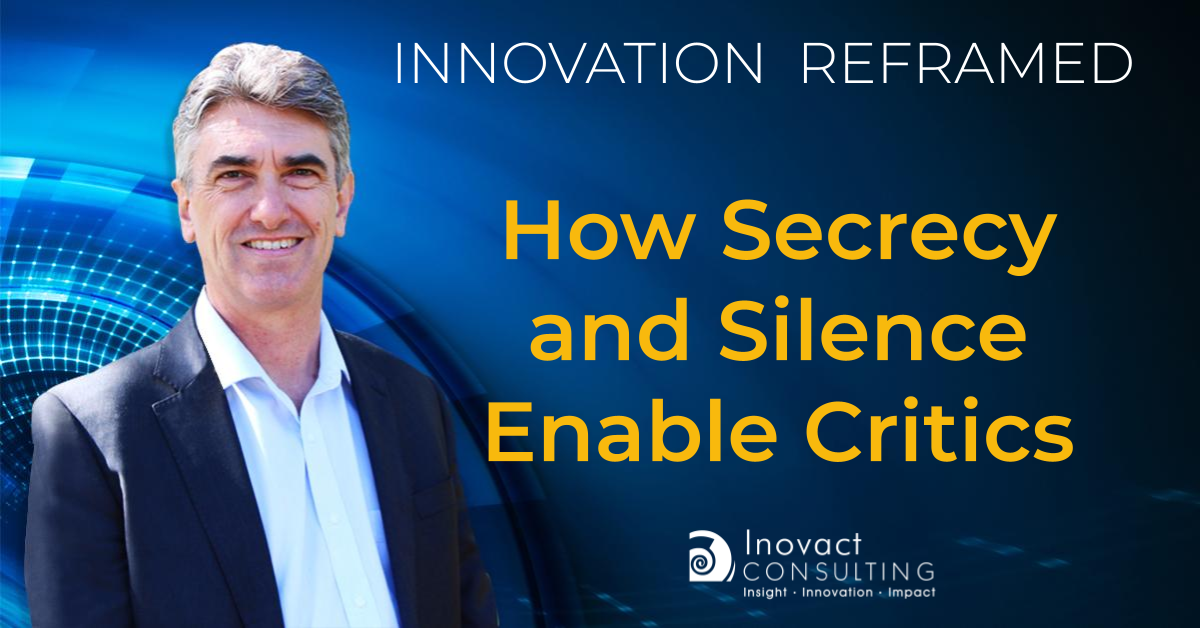 One of the chief reasons that innovation doesn’t happen is fear of criticism from within and outside. Competent leaders inevitably make others uncomfortable. They cause change when it’s needed, creating winners and losers.

Leading change with industry institutions is especially vulnerable to criticism. A whiff of reform and the critics and vested interests mobilise at warp speed.

Leaders must be accountable, but they can choose how to act and who you listen to.

One option to manage criticism is for a small group to work on changes behind closed doors until the proposition seems bullet proof, before sharing it with others and then staring down the critics.

The problem with this approach is that secrecy and silence breed suspicion like nothing else. You risk gifting critics with rocket fuel to amplify their scare-mongering and ridicule.

Now, the critics of change can attack both what you propose and how you went about it. Your reform or innovation can be mortally wounded before it gets off the ground.

The most vocal and loathed critics are the fence-sitters. These are the people who are poised to find fault and attack from the sidelines. They live to wrestle new ideas to the ground.

Constructive feedback and good advice are always valued by change leaders. However, make sure you are listening to those people who have actually done what you are striving to do.

Counter-intuitively, transformative change is more likely to succeed when you act early to capture attention, say what you are doing and why, and give people certainty of the process, not certainty of outcomes.

Choose your own playing field.