Poor Performance is Easier to Fix than Mediocrity 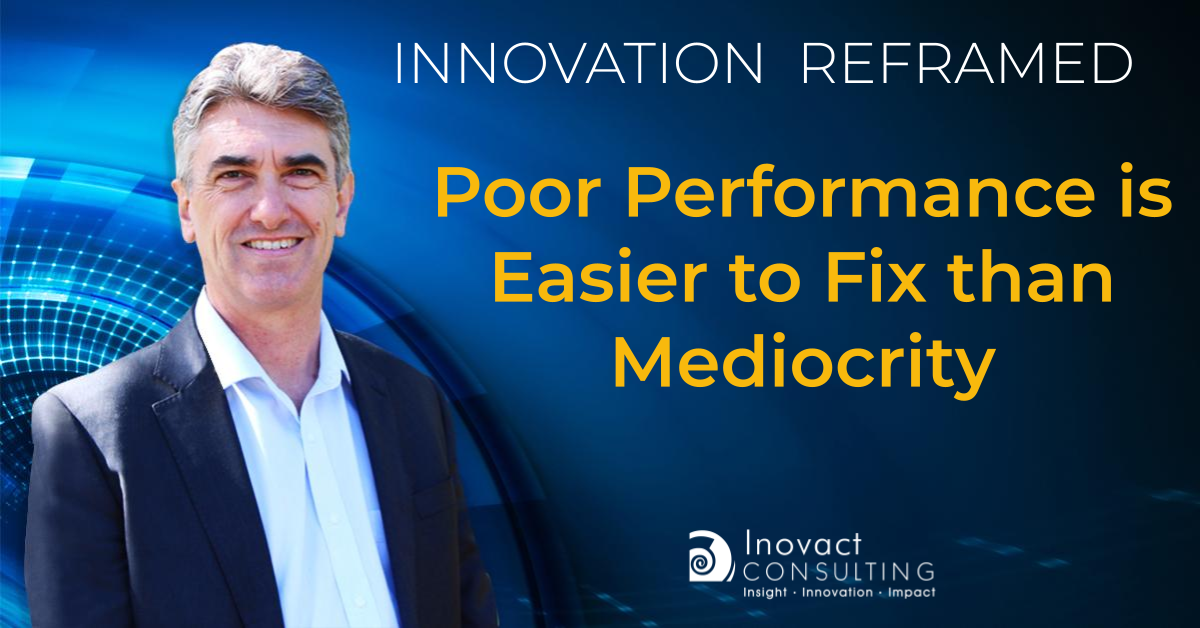 Mediocrity is a more widespread problem than poor performance. It’s also much harder to fix. People tend to lower their standards to accept ‘good enough’ as though mediocrity has its own gravity.

We temporarily forget that life is too short to drink average coffee when you can get the good stuff.

In listening to a presentation by Aspen Medical Executive Chair Glenn Keyes this week, he remarked how in the health sector some countries can ‘leapfrog’ ahead of others that are heavily invested in old systems and infrastructure.

The opportunity for emerging economies is to choose excellence and leap ahead of developed economies.

Anyone who has attempted transformational change understands that it is extraordinarily difficult.

Mediocrity is your enemy and it is a powerful one.

Unfortunately, criticising excellence is one way that mediocrity gives itself satisfaction. Finding fault and cutting down tall poppies is a whole lot easier than transforming your own organisation or industry.

Being the virtuous critic has the added advantage of creating a handy distraction. The last thing the mediocre want is visibility on their own performance.

The next time you’re fielding criticism from the mediocre, remember that good leaders bring about transformation. Poor leaders only maintain and preserve long-standing mediocrity.