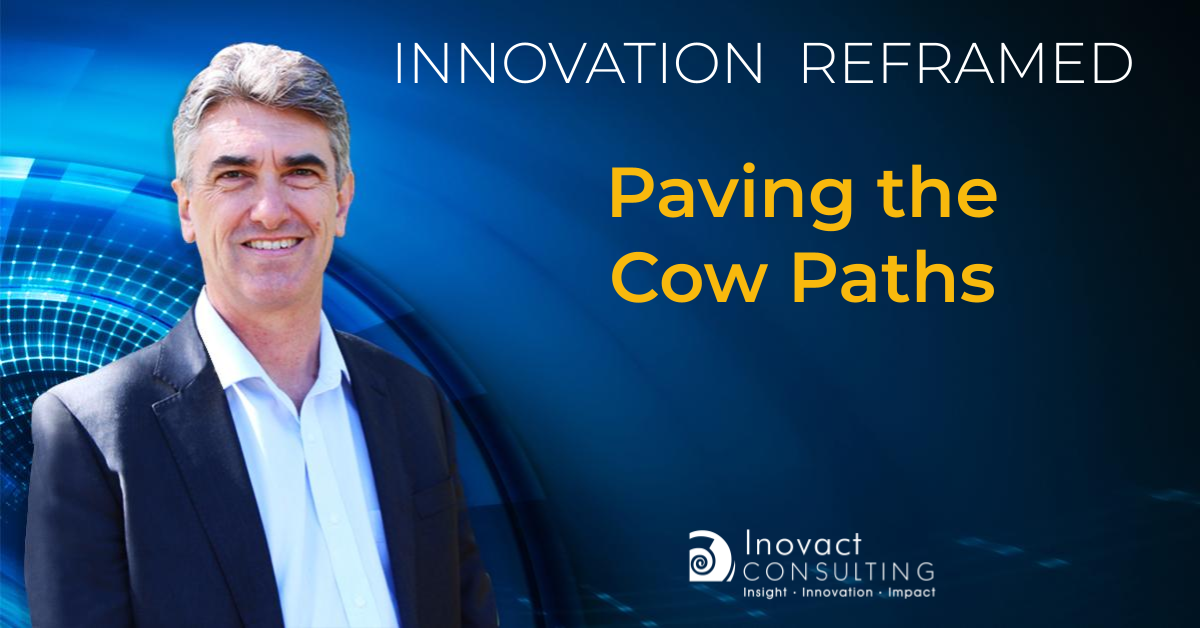 We get so invested in old ways, that new technology becomes a means to make the same products, services and processes better, faster and cheaper. It only works up to a point.

We can learn a lot from history about how to know when it’s time to start afresh with a new technology, rather than retro-fitting it to the existing structures and processes.

In the classic paper on the dynamo and the computer by Paul David, he explains how businesses used massive steam engines to run factories. Apparently, the engines turned overhead shafts, which were connected by an intricate array of belts and pulleys to close-packed machinery.

When electric motors were first introduced, factory owners tried to integrate them into their existing setups; often by simply replacing the steam engine with a giant electric dynamo. It took decades to figure out that the best approach was to put a small motor on each individual piece of machinery. It transformed productivity.

With hindsight, it looks so obvious that we don’t associate the phenomena with ourselves. We like to believe we’re more enlightened and wiser. Not so.

Fast forward 100 years to the 1990s and we saw the reengineering movement in full swing. Firms were making big investments in information technology that delivered disappointing results, partly because it was being used to automate old ways of doing business. They left existing processes intact and used computers simply to speed them up.

Today, you see organisations continuing with the same business models from decades past, while using information technology and digital tools to do what they always have. For industry bodies, you see membership declining and businesses disengaging in an era when connecting is easier than ever.

Make the time to rethink whether iterative change is your best strategy. It could be time to take a whole new approach from the ground up.